Your ESOP and S Corporation Distributions 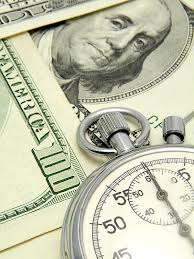 It’s not unusual for an S Corporation to find that contributions to the company’s ESOP and 401(k) plans might exceed a deduction limit, particularly if the ESOP is leveraged. The combined deduction limit is limited to 25% of eligible compensation paid during the company’s fiscal year.

So your company makes deposits to its ESOP to provide the funds needed for debt service and distributions. You remember that your third party administrator (TPA) mentioned something last year about your company contributions being just within your deduction limit. It might be time to look at funding your ESOP with contributions and S Corporation distributions.

Below is a brief description of the differences between contribution and S Corporation distribution allocations to participant ESOP accounts.

ESOP Contributions are generally allocated pro- rata based on eligible compensation. Some plans provide alternative formulas, such as compensation and service points or in another method or methods outlined in the Plan document.  Eligible compensation is compensation paid to those who have met the plan’s initial eligibility requirements and have met the requirements for sharing in current - year contributions. A participant’s share of contributions and forfeitures from your plans can not exceed an annual limit.  For plan years ending in 2016, this limit is $53,000. This limit can be exceeded if the difference consists of age 50 catchup salary deferral contributions.

These are only a few of the differences between contributions and S-Corporation distributions. It is important to know how each interacts with the ESOP so you can be ready to discuss funding and deduction limits with your TPA.