Hey Employee Owner:  Do You Know Your Role and Responsibilities? 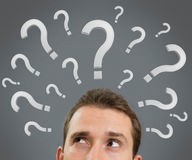 If you asked three people at your company what their roles are as employee owners, what answers would you hear? More importantly, would the responses be the same or even similar?

At some firms, the answer is no.

It’s no because defining employee owner roles and responsibilities is an ongoing challenge. But it’s a critical issue to address because it’s an essential building block in the foundation of your company’s success. Unfortunately, if you haven’t invested the time, energy and resources to define employee roles and responsibilities, people will do it themselves. Their definitions may wander far afield of your ideas and harm your ownership culture, rather than enhance it.

Here are four practical considerations in your effort to successfully define what it means to be an employee owner at your company.

1) Different perceptions
Our upbringing, experience and current position all influence how we perceive what it means to be an employee owner. Based on those experiences, we bring ideas to the table. Some may perceive an employee owner’s role as taking on more responsibility, accountability and interest in the company’s success.  Others may see things differently.  For example, an employee might think ownership means I have more say-so about how we do things.

The differences are both an opportunity and a challenge for your company. No matter how employee ideas originate, their perceptions – which may or may not be in alignment with yours -- are real. Creating a common perception of employee ownership (i.e., getting people on the same “ownership page”) is an important component to your company’s success as an ESOP. As every coach knows, team performance improves exponentially when players understand and fulfill their roles.

2) Legal reality doesn’t match people’s perception
The legal reality of your ESOP plan (i.e., employees are beneficial owners of a stake in a retirement trust) is unlikely to set anyone’s passions for improved performance on fire. The other legal reality (i.e., ESOP ownership is different from both public stock ownership and individual ownership, like owning “your” car or house) also creates confusion, rather than buy-in. Successful ownership-development initiatives bridge the gap between the legal “reality” and perceived reality.

4) Involvement in creation generates buy in
In any change process -- like moving from a culture where people think like hired hands to one where they act like owners -- being involved in the change process creates more buy-in to the outcome.

Getting people involved creates avenues for employee input into the process. All of us are more willing to support an employee-ownership definition that we helped generate than one that is given (or imposed) on us. If employees are truly owners of the company, shouldn’t they be involved in defining what that means? Moreover, shouldn’t all employees hold each other accountable for fulfilling their roles and responsibilities as owners?

Ownership is a powerful word in America. Because people have different perceptions of what it means, investing the time, energy and resources to define the employee owners’ roles and responsibilities will make your ESOP a positive force in your company’s success. Because you want to make the most of employee ownership, please contact Blue Ridge ESOP Associates at 434-979-5500.