Getting Ready for Changes in Hardship Distribution Rules 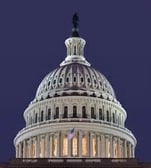 As the result of the Bipartisan Budget Act of 2018, and the subsequent issuance of proposed Treasury regulations, hardship distributions should generally be easier for participants to obtain, assuming they are covered by a plan with a hardship provision and assuming that plan sponsors are on board with the hardship provision changes that are optional.  Plan sponsors should be hearing from their recordkeepers and third party administrators regarding the default changes that will be occuring unless the plan sponsor:

Also note that the proposed regulations clarify that a hardship distribution is permitted for expenses relating to a casualty loss that is not in a federally-declared disaster area.    The proposed regulations also add a new type of expense that a plan could potentially consider for hardship withdrawal purposes – any expenses and losses incurred as the result of certain disasters if the participant’s principal residence or principal place of employment is in a federally-declared disaster area.