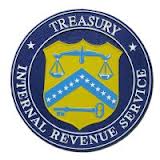 Improvement Act of 2015. This legislation provided that the time for filing Form 5500 returns for 2016 and later could be extended an additional 3 ½ months instead of the current extension period of 2 ½ months.   That would have meant the possibility for extending the filing deadline for a calendar 2016 plan to November 15, 2017!   Complaints about the extension did NOT fall on deaf ears. Congress passed the Fixing America’s Surface Transportation Act of 2015, which REPEALS the new extended filing deadline.

The bad news is that the IRS added new questions to the 2015 Form 5500. Sufficient time for dealing with the new questions was not provided. In response to numerous requests, the IRS announced that answering the new questions is optional for 2015 only. However, the IRS strongly encourages preparers to answer the questions. The Form 5500 section of our electronic data gathering tool will list the new information that is being requested.   The new questions include, among others:

The Department of Labor is expected to make more changes to Form 5500 for 2017 or 2018 as part of a modernization initiative.

Plan sponsors may be surprised to receive an email from the Department of Labor that deals with selecting and monitoring plan auditors. In November, DOL sent its initial wave of emails on the subject to sponsors of plans that require a plan audit.

A 2015 report by the DOL’s Office of Chief Accountant included findings from its assessment of the quality of plan audits performed for the 2011 reporting year. The report stated that only 61% of the audits fully complied with professional auditing standards or had minor deficiencies. These findings mirror the results of similar studies that DOL has previously performed since the 1990s. Since DOL remains concerned about the study results and the perception of no improvement in plan audit quality, it is now reaching out to plan sponsors to emphasize the importance of selecting an audit firm that has sufficient expertise with plan audits.   Selection criteria include:

In addition to those criteria, a plan sponsor should consider the types of plan audits that a firm has performed.   If selecting a firm for an ESOP audit, what is the firm’s experience in performing such audits? Has the firm audited a leveraged ESOP? Also, inquire as to whether the audit firm is a member of the AICPA’s plan audit quality center.