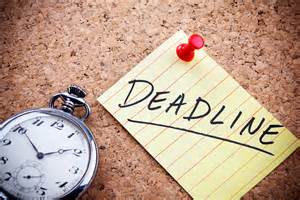 “Deadlines spur action” is a common refrain of Andrew Brandt’s, one of my favorite Twitter commentators. Andrew is a former front office executive with the Green Bay Packers and current Professor at the Wharton School of Business. He uses this statement frequently when commenting on NFL players and teams that complete deals or contract negotiations at or near deadlines on the NFL schedule. This statement applies in many areas of life including what we will discuss in this article: ESOP plan administration timelines.

ESOP timelines can be an effective tool if certain conditions are met. The objective is to make them manageable and a mechanism that increases efficiency and awareness for all of the parties involved in the process.

Here are three thoughts to keep in mind so that an ESOP timeline is not just another task you complete and forget about but instead becomes an invaluable roadmap to successful ESOP plan administration.

One of the most important steps is laying out the deliverables and the Who? What? When? items related to the ESOP plan administration lifecycle. This can be accomplished by setting up an annual kickoff conference call to discuss the key items. This call engages the key stakeholders in the process (record-keeper, trustee, Plan Sponsor, etc.) and sets out a plan to deliver on these items.

Ideally, this call will take place towards the end of the plan year with which the allocation work will be completed so that expectations can be set to avoid any misunderstandings. It is important to lay out the key dates that need to be hit and to communicate the importance of meeting deadlines to meet intermediate goals along the way.

Typically, the ESOP’s record-keeper would have the highest level of engagement in the administration process. For this reason, it often makes sense to assign ownership of the administration timeline to the plan record-keeper. The role of the ESOP timeline “owner” is to facilitate the process and ensure that key dates are being hit. This might involve reaching out to parties and communicating how “deliverable 2” cannot be completed until “deliverable 1” is finished.

While not mandatory, having a timeline owner establish regular update calls or email summaries throughout the administration lifecycle allows the interested parties to see how the process is moving and the reason(s) behind any delay(s).

ESOP administration timelines can help make the life of a Plan Sponsor and other intermediaries a lot easier if everyone is engaged in the final outcome. The worst thing that can happen is that the timeline is established and then the lines of communication shut down until it is time to deliver participant centric deliverables (i.e. certificates, participant meetings, etc.).

It is important that all parties involved respect the time of the individual who might be waiting on a deliverable before they can work on the next task. Certainly there can be extenuating circumstances that justify timeline delays and timeline adjustments, but it is imperative that the applicable parties are constantly apprised of the process. By doing so, deadlines of the ESOP administration life cycle can be satisfied, ultimately making the ESOP administration a success.

If you’d like to discuss other items to look for in making your ESOP timeline a valuable and effective tool, please contact your Blue Ridge ESOP Plan Administrator.